For all transports that must fulfil exceptional requirements, our staff members of the Special Transport Department are at your disposal. Special transport includes heavy transport and oversized transport as well as project logistics.

From the calculation to the handling including invoicing, our customers of the Special Transport Department are looked after by the same staff member throughout the entire period of time. This always informs you about all processes during the transport up to the handover at the receiving point.

For all types of special transport, we offer worldwide handling with a focus on Eastern Europe and Southern Europe as well as the CIS States and in doing so, we make use of combined transport in which the transport of the goods can take place in addition to truck transport by inland  vessel and ocean-going vessel, by aeroplane as well as by railway.

Special transport includes, on the one hand, heavy and oversized transport: spectacular but also very demanding transport of goods that cannot be handled as conventional transport due to their weight or due to being oversized.

The second line of business for the Special Transport Department is project logistics. This includes, for example, the also sometimes spectacular relocation of entire industrial plants. However, project logistics is also active for transports for which particularly close monitoring is required or for the delivery of which special circumstances at the place of destination must be taken into account.

During this transport, the machine was first brought by land from Poland to the Ukraine. It went on from there by RoRo ferry to Turkey. RoRo is the abbreviation for "Roll on/Roll off": this means that the entire truck with its load drives onto the ship and then off down again at the port of arrival. The remaining route from the port in Turkey to the consignee in Iran was then handled again using an overland route.

We offered and turned into a reality 2 different transport routes for the pipes that were transported from North Rhine-Westphalia to a pipeline project on the Caspian Sea in Kazakhstan. We have focused, on the one hand, on the production process of the manufacturer and, on the other hand, on the need of the construction site.
If the pipes were needed quickly at the destination, we had them delivered by direct truck via the Germany - Poland - Belarus - Russia - Kazakhstan route. The transport took only 10 days for this distance of 4,950 km.
If the work on the construction site was not so urgent, we had the pipes transported at a lower price but with a longer run time than combined transport by truck and rail. They were taken from the place of loading by truck to the Baltic States, where the re-loading took place on railway wagons. They were transported by rail to a short way from their destination.

The heat exchanger was first transported by truck from Department 89 in France to a German port. There the engine was loaded onto a MAFI trailer and took its ship passage to the Baltic States. We continued from there on a railway wagon to Magnitogorsk, our destination in Russia.

This transmission unit was transported overland by truck from the Ruhr area to Serbia.
Normally trucks are not allowed to exceed a maximum height of four metres so that they can easily drive under bridges. During this transport, the height of the load was already 4.30 metres, so that a special low-loader was required. In addition, the route must be meticulously worked out so that as few bridges as possible and only sufficiently high bridges were to be found on the way. 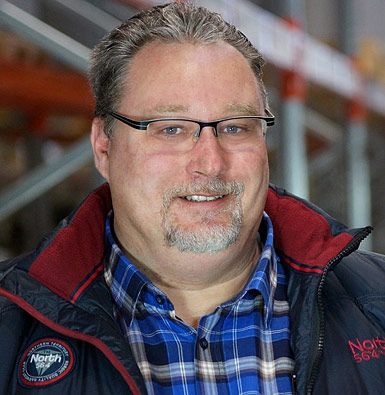